Covid, Moderna sues Pfizer-BioNTech: “It violated our patents with the mRNA technique” 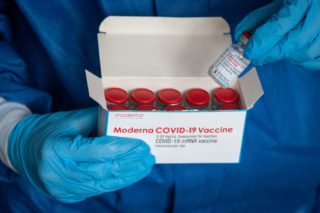 Moderna announced that it had sued Pfizer and BioNTech for infringement of patents filed between 2010 and 2016, before the pandemic, on mRNA technology. The lawsuit was filed in Massachusetts district court and a German regional court. “We are filing these lawsuits to protect the innovative mRNA technology platform we pioneered, in which we have invested billions of dollars,” said Stephane Bancel, CEO of the company.

According to Moderna, Pfizer and BioNTech with the “comirnat vaccino vaccine” allegedly copied” illegally “key features for mRNA vaccines and continued to use them” without authorization, ” said legal manager Shannon Th Kl The BioNTech company pointed out Moderna’s “approach to encode the full-length spike protein in a lipid nanoparticle formulation for a coronavirus” was copied, and that “neither Pfizer nor BioNTech had the level of experience Moderna had in developing mRNA vaccines for infectious diseases”. He added that these “consciously followed Moderna’s example in developing their own vaccine”.

“Our innovative mRNA technology platform, which we began building in 2010, along with our patented work on coronaviruses in 2015 and 2016, allowed us to produce a safe and highly effective anti-Covid vaccine in record time after the outbreak of the pandemic,” explained Bancel. ” As we work to combat the health challenges that go forward, Moderna is using our mRNA technology platform to develop medicines that can treat and prevent infectious diseases such as influenza and HIV, as well as autoimmune and cardiovascular diseases and rare forms of cancer, ” he added.

The statement released by Moderna explained that: “in October 2020 the company committed not to enforce its patents related to Covid-19 while the pandemic was ongoing. In March 2022, when the collective fight against Covid-19 entered a new phase and the supply of vaccines no longer represented a barrier to access in many parts of the world, Moderna updated its commitment by explaining that it would never enforce its patents for vaccines used in the 92 low-and middle-income countries under the Gavi-Cova iniziativa Amc 92 initiative”. “At the same time, it expected companies such as Pfizer and BioNTech to respect its intellectual property rights and was prepared to consider ‘a commercially reasonable license’ should it be required for other markets,” he said.

Three hypotheses for a sustainable reform of the electricity market

All the differences between medical device and medicine

Symptoms, Contagiousness and Spread: Here’s What We Know about Monkey Pox

With ham in the eyes and obese children

With you: home care in your home