Information about the 2022 World Cup in Qatar from A to Z: FC Bayern, luxury, espionage

Never has a tournament been as controversial as this World Cup in the desert state of Qatar. How the award could have come about in the first place and what else you need to know about the host: The A to Z of the AZ. 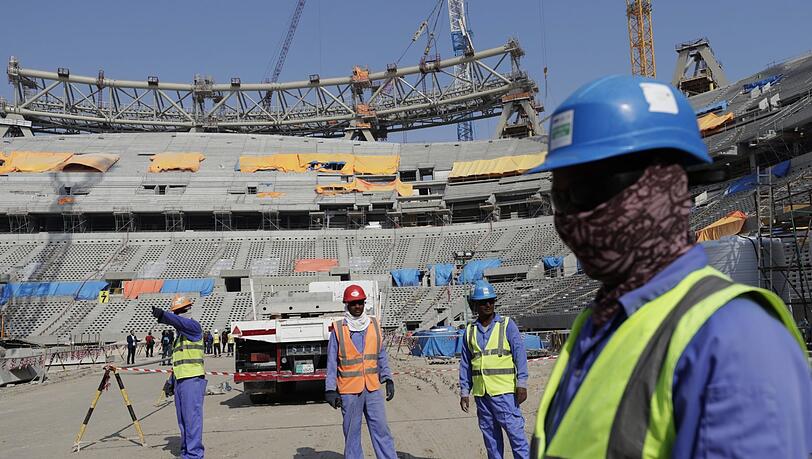 The World Cup in the desert state of Qatar, which opens on Sunday, is one of the most controversial in the history of the sport. Human rights violations, many deaths in connection with the construction of the World Cup stadiums and even the award itself raised many questions. The AZ deals from A to Z with the World Cup in Qatar. This time: the host country.

Aschenbecher: After Qatar’s 2010 election, U.S. candidate Bill Clinton smashed a mirror with an ashtray in the hotel room.

Band Chancellor: Olaf Scholz recently travelled to the emirate. Germany has increased interest in Qatar’s natural gas because of the war in Ukraine.

CIA: Qatar is said to have spied on Fifa employees and critics for over nine years through the Global Risk Advisors operated by former CIA people. According to SRF, the goal of the $ 387 million operation “Project Merciless” was to avert a withdrawal of the World Cup because of loud criticism.

Qatar was the least suitable candidate for the World Cup

Doppelvergabe: The WMs 2018 and 2022 were awarded together – which caused criticism and allegations of corruption. According to Fifa’s internal audit, Qatar was the least suitable among all applicants, but prevailed over the United States. The emirate is reported to have invested $ 5.4 million in the purchase of votes.

Emir: Officially, Qatar is a democracy, but without the last word from Tamim bin Hamad Al Thani, very little happens here. About a tenth of the population is related to him.

F like FC Bayern: Qatar’s sponsorship is in the crosshairs of criticism from (Bayern) fans like Michael Ott. Main allegations: corruption in sports, terrorism financing, human rights violations. FCB is also moving into its winter training camp in Qatar.

Gastarbeiter: According to statistics, 80 to 90 percent of people of working age in Qatar are guest workers – about 2.2 million people, mainly from Asia and Africa.

Hitze: 30 degrees is also normal in December. The stadiums are air-conditioned. Qatar does not lack energy.

Irrtum: This is how former Fifa BOSS Sepp Blatter recently called the awarding of the World Cup to Qatar.

Jubel-Qataris: Qatar pays 450 fans for the World Cup trip and stay. In return, they should report about their travels (positively) on social media. Not jubilant Persians, but jubilant Qataris.

Konkurrenz: The Gulf states are in rivalry to the point of dislike for each other. This was also shown again and again at football tournaments. 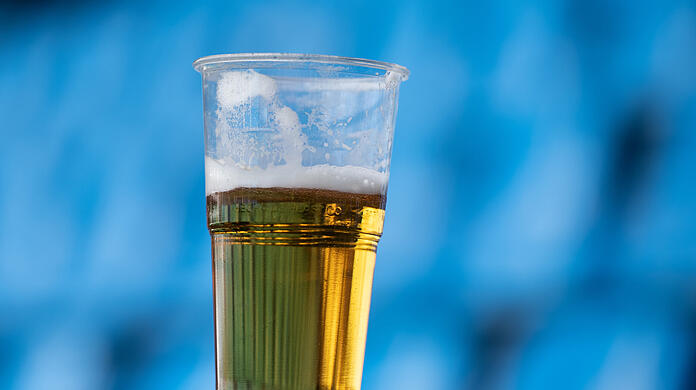 LGBT+: It is illegal to be queer in Qatar

LGBT+: It is illegal to be queer in Qatar. It can result in up to seven years in prison. According to the local authorities, there are no “conversion centers”. World Cup Ambassador Salman called being gay “a spiritual damage”.

MERS: A souvenir photo with a camel? I’d rather not. According to a report by the “Sun”, tourists should stay away from the animals, otherwise they could catch the corona-related, incurable virus MERS.

Nordkorea 2026: Comedian Simon Brodkin threw money at Fifa boss Sepp Blatter. In allusions to the corruption allegations surrounding the World Cup awards, he shouted: “This is for North Korea in 2026.”

Palder diver: The once poor country got additional money into the country in this way. Until cultured pearls outranked the Qataris – and the emirate gilded its raw material reserves.

Sklaven: Franz Beckenbauer has not seen any in Qatar.

Tote: Fifa counts three fatal accidents in connection with the World Cup buildings. For the dead, according to other sources (“Guardian”) after at least 6,500, compensation payments are partly paid to the survivors. A “sports show” report spoke of 71,000 euros. The Qataris do not want to set up a fund.

Uarrival: Supposedly all of the expected 1.2 million visitors are welcome. Although there is a shortage of hotel beds, cruise ships and tent sites have to be taken and visitors from the region should fly in and out on the same day.

Bayern star Pavard wants to leave: once again the turmoil in France

Vchange: Qatar wants to become more independent from oil and gas, invests in many industries around the world.

Wa vast part of the state is desert. Most of the population lives in Doha.

X-Millions: The Qataris are said to have taken a total of 150 billion euros for the entire World Cup package (including hotels, etc.) in their hands.

Yeight: Would you like a trip? For $20,000 upwards, you can sail luxuriously across the Persian Gulf.

Zwei Euro Fifty: minimum hourly wage of a guest worker in Qatar, one of the richest countries in the world. And: Thousands of complaints about unpaid wages are received by the International Labour Organization.

In Africa we try to defuse the war for precious minerals

Arpat, in the last year without irregularities 100% of geothermal plants controlled

A victory is a must: this is how Germany reaches the World Cup round of sixteen

All boast filling pitcher: “Not the first important goal”