Moldova in the eye of the cyclone created by Moscow 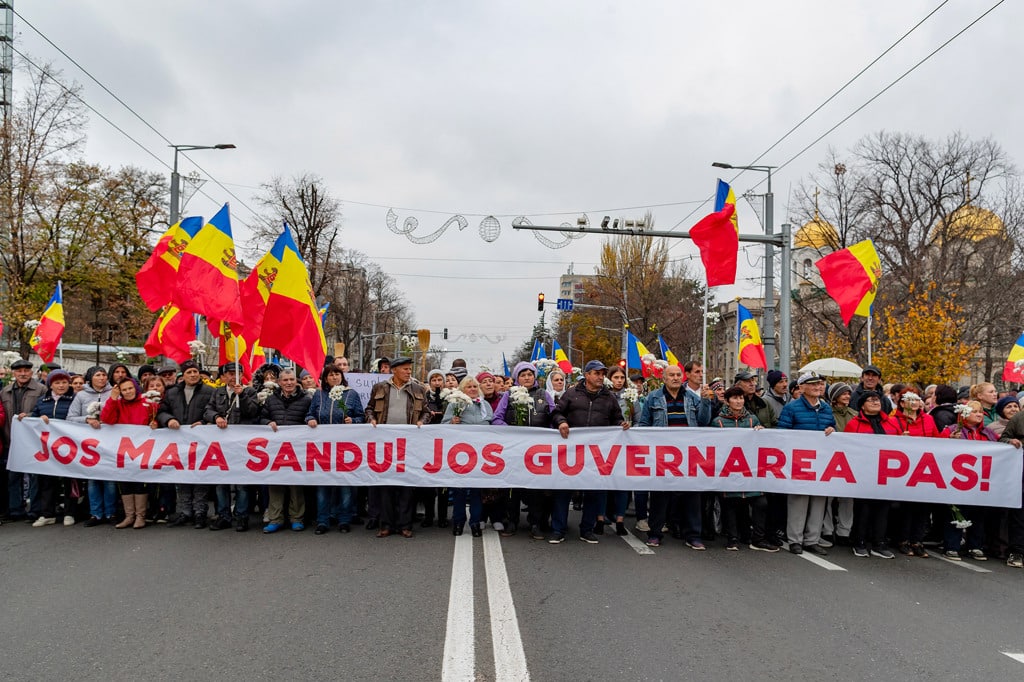 Maia Sandu certainly holds one of the most difficult positions in the world. This woman, who always expresses herself in a calm voice, is the president of a country inhabited by two million people that borders Ukraine, includes a secessionist territory occupied by Russian troops (Transnistria) and is subjected to energy blackmail, daily cyber attacks and a permanent information war. This country is Moldova.

On November 21, Sandu was in Paris for a meeting of the platform of support for his country, organized by France, Germany and Romania, a neighboring country and linguistic “brother”. Europe is doing what it can to help Moldova, which has been a candidate for membership of the European Union since June and is now literally living in the eye of the storm.

In 2020 Sandu was elected with a pro-European and anti-corruption program, which is the country’s main problem. She certainly did not imagine that she would find herself with a war in neighboring Ukraine to turn the lives of Moldovans upside down. When Russia bombs Ukrainian infrastructure, in fact, electricity is also lacking in Moldova. The reception of refugees, trafficking of all kinds, threats, inflation and attempts at destabilization are now on the agenda.

Democracy in danger
Maia Sandu is convinced that Vladimir Putin wants to open all the “fronts” he can and that one of them is Moldova. On the evening of November 21, invited by the French Institute for International Relations, the Moldovan president declared that Russia is conducting a “hybrid war” in her country to discredit institutions, divide the population and radicalize society. “Moscow wants to change the geopolitical order and get closer to the border of the European Union,” Sandu accused.

Alongside the interior minister, another woman with a steel character, Sandu sounded an alarm:” We risk collapsing”, she admitted, convinced that Moldova will remain democratic only if it joins the European Union. “Otherwise it will be very difficult”.

All the more difficult when we consider that there is still no end to the war in Ukraine. ” I don’t believe in peace negotiations, ” said Sandu, who was born when her country was still part of the Soviet Union. “Putin will start again six months later, he is not convinced that he has lost.

On November 21, the countries gathered in Paris announced an increase in aid to Moldova to try to make the population spend a winter without a major energy crisis.

Europe is now aware that it cannot be uninterested in the vast revision of geopolitical maps caused by the Russian invasion. The determination of the Moldovan president is a testimony, like the visit of another head of state in France, also on November 21: Uzbek President Shavkat Mirzi Mir

Uzbekistan is another significant case: located in Central Asia, the country does not have a common border with Russia but is taking advantage of the situation to diversify its international relations, so far dominated by that with Moscow. Uzbekistan now turns to China (which was waiting for nothing more) and to Europe to loosen the Russian grip, creating further problems for Moscow.

Putin, as we all know, is a nostalgic for the defunct USSR. But with his aggressive revisionism he has achieved the opposite of what he hoped: who can distance himself from Russia by asking Europe for help so as not to be at the mercy of the head of the Kremlin any more.

The risk of entrusting the PD to an Emilian bororghesito

The zero COVID policy awakens the desire for freedom in China

Science News of the Week

The slowness of ideas