The oath of revelation before the World Cup break: BVB is subject to Gladbach

Borussia Dortmund goes into the long winter break with a bad feeling. The supposed title candidate loses in Mönchengladbach and hibernates only on the sixth place in the table. 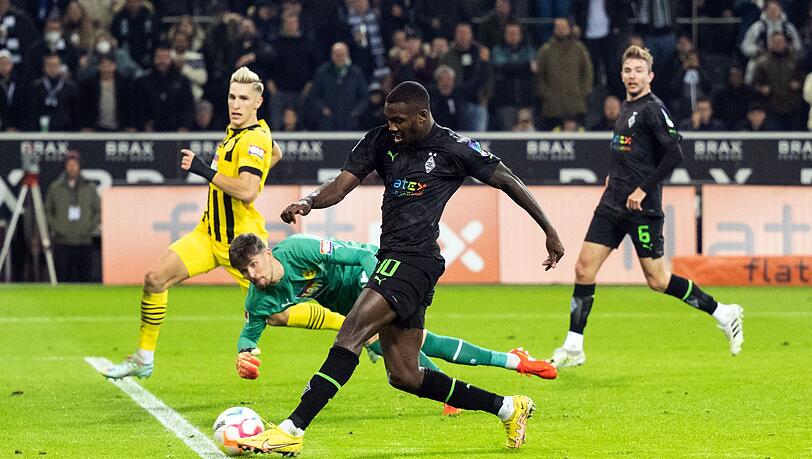 Borussia Dortmund goes into the long World Cup break with a proper hangover mood. Due to the 2:4 (2:3) in the last championship game before the start of the tournament in Qatar at Borussia Mönchengladbach, the supposed title aspirant for the time being said goodbye to the top group of the Football Bundesliga.

As a result, BVB wintered on a disappointing sixth place in the table and has six points less than at the same time of the previous season. The goals of Julian Brandt (19th) and Nico Schlotterbeck (40th) were not enough in view of the blatant defensive errors. On the other hand, the host managed to make amends for the 2-1 defeat three days earlier in Bochum. With 22 points, the previous season’s record is better from a year earlier (18).

BVB coach Terzic and sporting director Sebastian Kehl had once again shown their team the enormous importance of the last game before the long winter break – but as with the defeat three days earlier in Wolfsburg, they got off to a bad start. With the first attack, the Gladbacher punished the negligence of the guests, who did not disturb the master Lars Stindl consistently enough and did not see the excellent running path of goalscorer Hofmann coming. Stindl was in the starting line-up for Alassane Pléa, who was infected with corona.

Dortmund were not shocked at first. After a dream pass from Jude Bellingham into the penalty area, Brandt skillfully took the ball with his thigh and closed after a turn directly to the equalizer. Gladbach’s goalkeeper Jan Olschowsky, who was the third man to finish between the posts due to the injuries of Yann Sommer and Tobias Sippel, had no chance to defend.

Even after that, the game between the two offensive teams remained highly entertaining – and once again Dortmund had to run after a gap. Bensebaini’s header from a free kick was preceded by a foul from Mats Hummels. The BVB defensive boss, who had not been considered for the World Cup nomination, caught the ball in his 400th game. Just like sideman and World Championship driver Schlotterbeck had a very weak day defensively. Even on the third goal, the much too high-pitched central defender duo looked bad.

And Youssoufa Moukoko? The young star, who was somewhat surprisingly nominated for the World Cup, made his first appearance in the 34th minute when he failed with a header from a short distance to Olschowsky. At Giovanni Reyna’s follow-up, Bensebaini successfully threw himself into the firing line. Because Schlotterbeck then scored in the best central striker manner to make it 2: 3 by dusting, Dortmund gained hope again.

But just 41 seconds after the restart, the next setback was followed by the fourth goal. This had a visible effect on BVB, the attacking efforts from now on seemed more desperate than well thought out. On the other hand, the Gladbacher impressed with a fast and straightforward game.

As in 2008: companies can no longer pay bills

Psychology of the Climate Crisis, between ambitious optimists and anxious pessimists

A victory is a must: this is how Germany reaches the World Cup round of sixteen

All boast filling pitcher: “Not the first important goal”